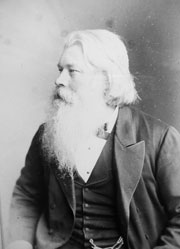 Use of natural forces

After his experiments with Joseph Swan, Sir William Armstrong wrote to The Graphic as follows:

'The following particulars of a successful application of Swan's Electric Lamps to the lighting of a country house will probably be interesting to many of your readers. The case has novelty, not only in the application of this mode of lighting to domestic use, but also in the derivation of the producing power from a natural source – a neighbouring brook being turned to account for that purpose. The brook, in fact, lights the house, and there is no consumption of any material in the process.' 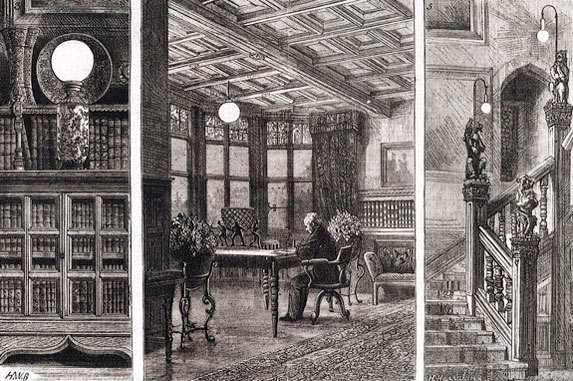 It is 130 years since the first effective incandescent lamp, or light bulb, was invented by the Newcastle chemist Joseph Wilson Swan. Swan was a friend of William Armstrong, the master of Cragside, who had created at his Northumberland home the world's first hydroelectric power station. Armstrong had dammed rivers to make lakes and artificial waterfalls that would drive a Siemens dynamo.

In December 1880, Swan asked Armstrong if he could try out his new invention at Cragside. ‘As far as I know, Cragside was the first house in England properly fitted up with my electric lamps,’ said Swan later. ‘It was a delightful experience for both of us when the gallery was first lit up. The speed of the dynamo had not been quite rightly adjusted to produce the strength of current required. It was too fast, and the current too strong. Consequently, the lamps were far above their normal brightness – but the effect was splendid, and never to be forgotten.’ The Graphic newspaper later published an article on the phenomenon, using the illustrations shown here.

Swan had already demonstrated the workings of the new electric light at Newcastle's Literary & Philosophical Society (the Lit & Phil). After he had finished speaking, he gave the signal for the 70 gas jets that usually lit the room to be extinguished. ‘Then – with a suddenness which in those days seemed quite magical,' said an observer, 'he transformed darkness into light by switching on 20 of his own lamps, producing an illumination which, as compared with gas light, had a very brilliant effect.’

The occasion was of historic interest, for it was the first time that the interior of any public building, in Europe at least, had been lit by incandescent electric lamps. Swan later formed a company with his great American rival, Thomas Edison, to provide electric lighting on a commercial scale to the world’s most industrialized countries.