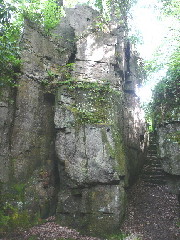 Among the dene's most intriguing features is a mysterious grotto.

At Jesmond Dene – and later, more dramatically, at Cragside – William Armstrong sought to replicate the experience of being in the mountains.

‘I am a greater lover of nature than most people give me credit for,’ he once wrote, ‘and I like her best when untouched by the hand of man. The mountain air and the vigorous exercise suit my constitution, and produce an exhilarating effect which sometimes almost amounts to intoxication – while the total absence of all restraint inspires a glowing sense of liberty which I never elsewhere experienced.’

Find out about the campaign to save Jesmond Dene banqueting hall. 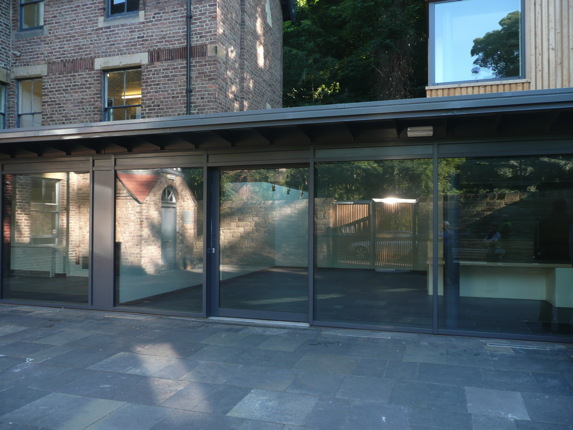 The visitor centre is subtly integrated with the existing surroundings and includes several eco-friendly features.

The beautiful new visitor centre at Jesmond Dene, designed by local architects Mosedale Gillatt, opened to the public in the summer 2011. Eco-friendly features of the elegant new building include a sedum roof, a rainwater-collection tank supplying water to the toilets, a super-efficient heating system and a recycling area. Sensitive use of materials, such as Siberian larch – which weathers to a bleached grey – and the understated character of the building combine to create a pleasing harmony with the natural surroundings.

The glass-fronted building contains information and displays about the history and natural history of Jesmond Dene. Incorporating the existing buildings of Millfield House, the site includes a classroom, a new café, outdoor terraced seating area, and improved disabled access. Part of a large-scale scheme funded by a National Lottery grant, the visitor centre comes hard on the heels of the restoration of the nearby Heaton Park pavilion.

Other features of the redevelopment include a steel pedestrian bridge across the Ouseburn, passing underneath (and at 90 degrees to) the existing Armstrong Bridge, a new pets' corner and children's play area near Millfield House, improvements to paths and signs, new railings, and extensive planting of trees and shrubs.

An old mill race uncovered during excavations on the site has been incorporated into the outdoor seating area. A 2m-high vaulted tunnel was also discovered running underneath Millfield House for a distance of 75m. This would have provided the runoff for water from the original mill wheel.

All these developments would have been approved by Sir William and Lady Armstrong, who in 1883 gave more than 80 acres of Jesmond Dene to the people of Newcastle in perpetuity. The Armstrongs had lived in the dene since their marriage in 1835 and built themselves a house there. (Confusingly, the house itself was also called Jesmond Dene; it was demolished in the 1930s to make way for suburban housing.) As the years went by, the Armstrongs acquired more and more land in the dene and landscaped it to reflect their ideal of a wild rural setting.

The map reproduced below, by kind permission of Robinson Library, Newcastle University, shows the dene as it appeared in 1884, at the time of the visit by the Prince and Princess of Wales. 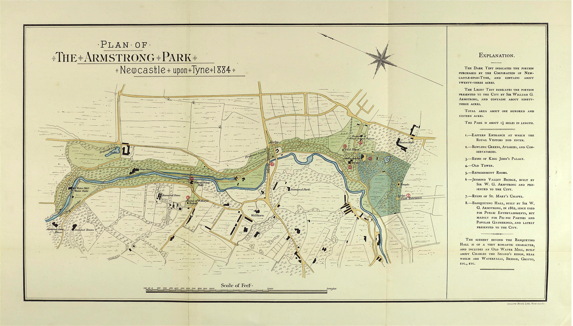