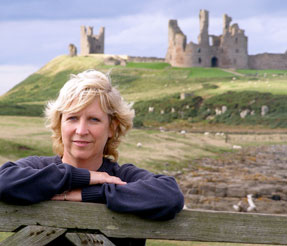 Henrietta Heald is the author of William Armstrong, Magician of the North, published in 2010 to mark the bicentenary of Armstrong's birth. This is Henrietta's first book. It has been shortlisted for the 2012 Portico Prize and the H. W. Fisher Best First Biography Prize. A paperback edition was published in November 2012 by McNidder & Grace.

Henrietta is a writer and editor with a particular interest in British history, politics, architecture, tourism and the countryside. A graduate of Durham University, she had a long and successful career in book publishing, working with many of Britain’s leading authors, before taking up the pen herself. She was chief editor of the historical encyclopedia Chronicle of Britain and Ireland and has edited and project-managed books on architecture, interiors and the British countryside, including Illustrated Guide to Britain's Coast and Country Walks and Scenic Drives, both published by Reader's Digest.

Among her publishing triumphs was the first British edition of The Periodic Table by Primo Levi. She has written for many publications, including the Spectator, The Times, and The Mix, an international periodical forecasting lifestyle trends, as well as contributing to several arts festivals and BBC radio broadcasts.

Henrietta lives in London with her husband, Adam Curtis. They have two children, Sophie and Jamie. Henrietta also spends as much time as she can on Tyneside and in other parts of northeast England, visiting Armstrong’s old haunts.

She is now writing a book about the family of Charles Parsons, inventor of the steam turbine, and in particular his daughter, Rachel, a pioneering feminist who campaigned in the 1920s for women's employment rights. Rachel met a violent death in 1956 at her Newmarket racing stable.

Read more about Henrietta in the Newcastle Journal.