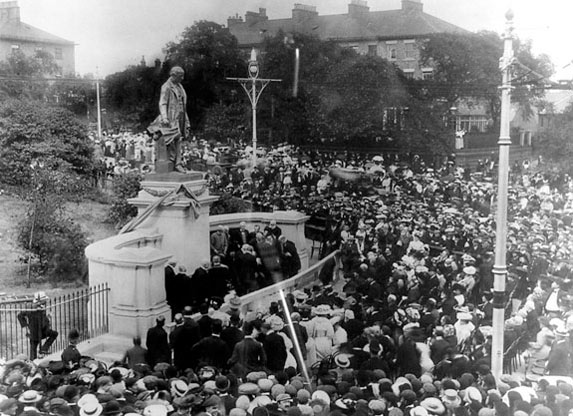 Events to celebrate the bicentenary of William Armstrong of Cragside kicked off in mid March during National Science and Engineering Week with a half-day conference in Newcastle upon Tyne looking at the economic, social and intellectual impact of Armstrong and his works – locally, nationally and globally.

The event, called Engineering for the World, took place at the Literary & Philosophical Society in Westgate Street, Newcastle’s famous ‘Lit & Phil’, founded in 1793 – an organization over which Armstrong presided for 40 years (1860–1900).

Richard Sharp, the historian and treasurer of the Lit & Phil, spoke about Armstrong’s time as president. Bill Purdue, a visiting professor at Northumbria University, considered how far Armstrong represented the image of the ‘New Northumbrian’. Dan Jackson of South Tyneside Council reviewed his life in relation to the martial traditions of northeast England. Henrietta Heald, Armstrong’s biographer, examined his record as an employer and entrepreneur.

‘Armstrong’s admirable speech’ was how Charles Darwin described Sir William Armstrong’s presidential address in 1863 to the British Association for the Advancement of Science. Sir Roderick Murchison, another scientific luminary, called it ‘the best speech ever delivered at the British Association’. Free transcripts of this epoch-making speech were made available at the Lit & Phil conference on 20 March.

For more information about the Armstrong bicentenary, see our Programme of Events.