* He was ‘the inventor of modern artillery’ (The Times).

* He was an environmentalist 150 years in advance of his time, advocating water and solar power as substitutes for fossil fuels.

* He built Cragside in Northumberland, the first house in the world to be lit by hydroelectricity.

* He was the world’s first international arms dealer, forging business links with governments around the world, from Brazil to Japan.

* He created the mechanisms that operate London’s Tower Bridge and Newcastle’s Swing Bridge.

* He restored England’s finest castle – Bamburgh, on the Northumberland coast.

* He employed more than 25,000 people at his Elswick Works on the Tyne, a powerhouse of the British Empire.

* He founded Newcastle University, which began life as the College of Science.

Listen to Henrietta Heald speak about Armstrong on BBC Radio 3's The Essay. 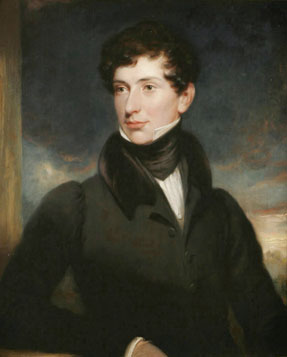 William George Armstrong is Britain’s forgotten genius. He was a visionary inventor, engineer, scientist and businessman who bestrode the 19th-century world like a colossus, bringing global renown to his great Elswick works on the north bank of the Tyne – and becoming in the process a national hero. In its heyday, Elswick employed over 25,000 people in the manufacture of hydraulic cranes, ships and armaments.

Armstrong built Newcastle’s Swing Bridge and the hydraulic mechanism that operates London’s Tower Bridge. He created Cragside in Northumberland, the first house in the world to be lit by hydroelectricity, and planted in its grounds seven million trees. At Cragside his guests included the Shah of Persia, the King of Siam, the Prime Minister of China and the future King Edward VII and Queen Alexandra. He restored Bamburgh Castle on the Northumberland coast, often described as England’s finest castle. The gift of Jesmond Dene to the people of Newcastle, the founding of Armstrong College (which evolved into Newcastle University), and the endowment of seven hospitals, including the Royal Victoria Infirmary, and the Hancock Museum of Natural History (now the Great North Museum) were among his countless acts of philanthropy.

Armstrong became Britain’s largest industrialist and one of the wealthiest men in Europe. He was the first engineer – indeed, the first scientist – to be raised to the peerage. Those who dismiss him as a fabulously rich arms manufacturer who treated his workers with contempt fail to acknowledge the vast benefits that he brought to his native Newcastle, to his country, and to the human race at large. When he died, on 27 December 1900, at the age of 90 – a few weeks before Queen Victoria ­– The Times said in its obituary: ‘With his death Newcastle loses her greatest citizen and the country at large one of the worthies of the expiring century.’